High Wycombe, Buckinghamshire's second largest town and one time 'Chair and Furniture Capital of England', is located in the heart of the Chilterns – an Area of Outstanding Natural Beauty (AONB) - with many attractive villages, walks and cycle rides on its doorstep. But what else makes it the perfect place to live?

A popular choice for commuters, with superb road and rail connections to both London and Oxford - the fast Chiltern Railways trains connect High Wycombe and Beaconsfield to London Marylebone taking 26 minutes and 23 minutes respectively. Road links are equally good, the town is located on the M40 and A40 and only 15 minutes from the M4 and M25. 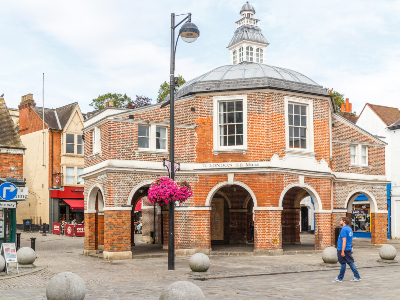 This vibrant, historic market town offers a delightful blend of both traditional and modern amenities. The town centre boasts elegant Georgian architecture, including a pedestrianised Georgian High Street, the Little Market House (or Pepper Pot, as it's often known) designed by Robert Adam, as well as a handsome, arcaded Guildhall, plus a 12th Century parish church, (the largest in the county).

Steeped with tradition, the old town hosts a regular market, including local farmer’s produce, on the cobbled streets every Tuesday, Friday and Saturday, which began back in medieval times.  High Wycombe also has the curious honour of being the only town to weigh its mayors in the annual tradition of Mayor Making. The tradition started to ensure that the mayor wasn't getting fat at the taxpayer's expense!

Modern amenities include The Eden Centre which provides a range of high-end shopping outlets, featuring many high street brands such as John Lewis and House of Fraser, plus popular family-friendly restaurants such as Bill’s, Pizza Express and Wagamama for a casual meal. These are complemented by a multitude of independent eateries including Vanilla Pod and Café Patisserie, The Front Room and Tin Kitchen. 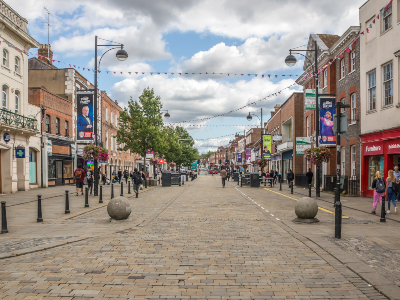 For those aspiring to culture, the National Trust's West Wycombe Park is an elegant country house set in 45 acres of landscaped beauty boasting unrivalled views of the Chilterns countryside. The belongings of the Victorian Prime Minister, Benjamin Disraeli, can be viewed in the beautiful country home of Hughenden Manor, whilst the award-winning family museum, Roald Dahl Museum and Story Centre located in nearby Great Missenden is dedicated to the wonderful and quirky children's author.

The property landscape is varied - High Wycombe has recently seen a significant rise in redevelopment which has brought new life to the town - prompting the building of larger blocks of apartments, a new multi-million-pound hotel in the centre and a large Sainsbury’s.

A wide range of housing is on offer, from large Victorian homes to luxury town centre apartments, giving the town a real cosmopolitan feel. Whilst developers like Berkeley are creating stylish modern living accommodation just a few minutes drive from the town centre. Abbey Barn Park, is a new community which benefits from a stunning countryside setting with 34 acres of country park on its doorstep. 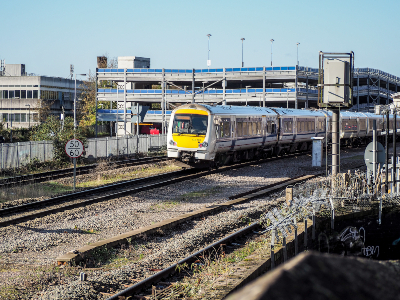 High Wycombe has also created its share of celebrities. Heston Blumenthal – a self-taught celebratory chef – began cooking as a teenager in his parents’ kitchen in High Wycombe, working to recipes from the classic French cookbooks, which he translated using a French-English dictionary. Blumenthal made his name in the late Nineties and early Noughties experimenting with what became known as “food pairing” — identifying molecular similarities in different ingredients not previously used together and combining them in a dish. He became famous as the creator of such provocations as snail porridge and crab ice cream.

The compelling combination of superb transport links, great schools, excellent local amenities and reasonable house prices is drawing buyers out of London to High Wycombe thanks to the superb quality of life on offer.

Take a look at some of the properties available to buy in Abbey Barn Park, and contact our New Homes team to find out more.